Government Crackdown On Those Who Get Citizenship Under False Identity 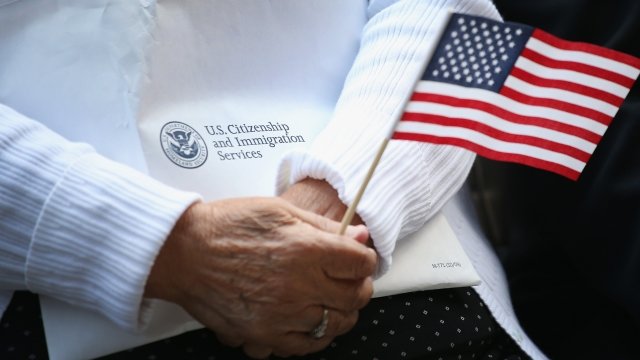 The U.S. government is launching an office dedicated to finding people suspected of cheating to get citizenship.

U.S. Citizenship and Immigration Services Director L. Francis Cissna talked about his agency's plans in an interview with The Associated Press. Newsy later confirmed some facts with a USCIS spokesperson.

The office will look into potential cases where immigrants who were supposed to be deported are suspected of applying for green cards and citizenship under false identities.

The cases could then go to the Justice Department, where immigrants' citizenship status could be revoked.

The USCIS spokesperson said, to date, the department has found over 2,500 cases that will require an in-depth review and could possibly lead to the immigrants' citizenship status being revoked. Almost 100 of those cases have been sent to the Justice Department.

Cissna told the AP he hopes the new office in Los Angeles will be up and running by next year.