US Lifts Sanctions On Venezuelan General Who Broke With Maduro 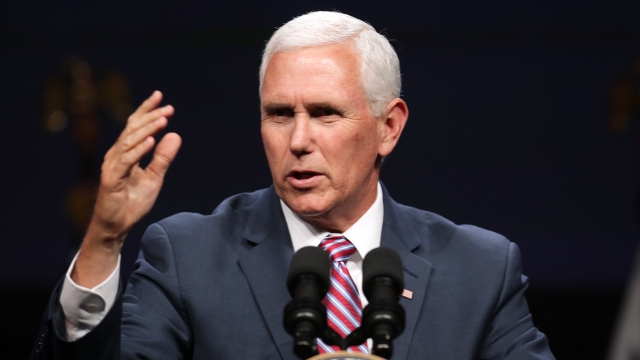 The U.S. has lifted sanctions on a Venezuelan general who severed ties with President Nicolás Maduro's regime.

According to the Treasury Department, Figuera used to be the director general of Venezuela's National Intelligence Service. The department says last week, he "broke ranks with the Maduro regime and rallied to the support of the Venezuelan constitution and the National Assembly."

Pence said he hopes this "will encourage others to follow the example of General Cristopher Figuera and members of the military" who have "taken a stand for the Bolivarian constitution and libertad."

The vice president's remarks come after a failed attempt by opposition leader Juan Guaidó to oust Maduro from power last week. The U.S., along with dozens of other countries, recognize Guaidó as the country's legitimate leader.