US-led Coalition Strikes Against ISIS Have Killed Over 1,000 Civilians 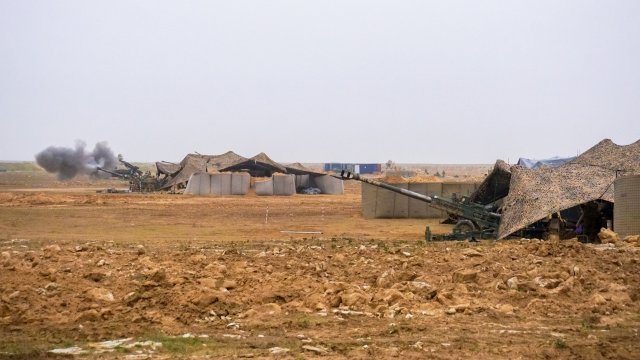 SMS
US-led Coalition Strikes Against ISIS Have Killed Over 1,000 Civilians

U.S.-led coalition strikes against ISIS in Syria and Iraq have led to the unintentional deaths of at least 1,139 civilians. That's according to a monthly civilian casualty report from the combined joint task force in charge of the strikes.

The report said between August 2014 and the end of November 2018, the coalition launched over 31,000 strikes. It also said since 2014, the operation has freed nearly 8 million Iraqis and Syrians from ISIS rule and has reduced ISIS-controlled territory to about 1 percent of what the group had before.

But Airwars — a self-described nonprofit transparency project — reports the number of civilian deaths from U.S.-led coalition actions in Iraq and Syria could be as high as 11,637. And that number just includes civilian death reports the agency deemed confirmed or fair.

In order to receive those determinations, an entity engaged in the conflict has to accept responsibility for the death or the death has to be reported by two or more credible resources.