The US' Departure Could Weaken The UN Human Rights Council 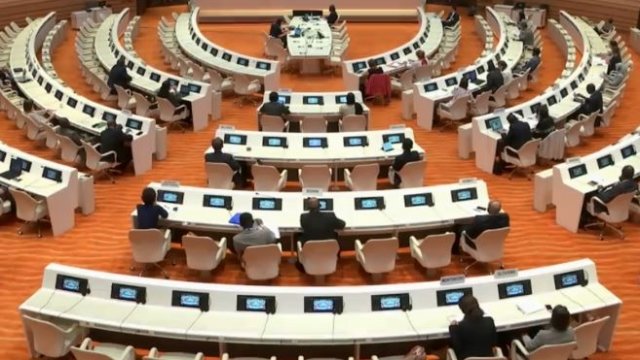 SMS
The US' Departure Could Weaken The UN Human Rights Council
By Jake Jones
By Jake Jones
June 19, 2018
The Trump administration pointed to a perceived anti-Israel bias as one reason for leaving the council.
SHOW TRANSCRIPT

For the second time, the U.S. has opted not to be a part of the United Nations Human Rights Council.

The HRC is responsible for "strengthening the promotion and protection of human rights around the globe and for addressing situations of human rights violations and [making] recommendations on them."

The Obama administration decided to join the group in 2009, saying it was easier to reform the council from the inside.

With the U.S. back on the sidelines, it could be difficult for it to promote the reforms the Bush and Trump administrations called for. It could also give countries with questionable human rights records, like China, an opportunity to push their own agendas without the U.S. there to challenge them.