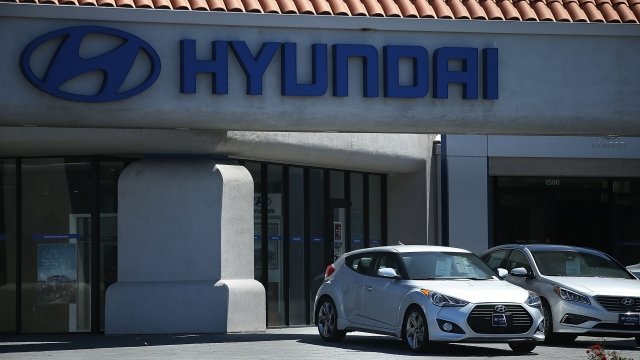 Four people died and several were injured in the collisions. NHTSA says it's reviewing problems that could affect a total of around 425,000 Kia Forte and Hyundai Sonata cars.

The Associated Press reports the problem is thought to be an electrical short circuit with the component that controls the air bag.

NHTSA says it's going to find out if other carmakers use similar air bag control units and whether they pose a safety risk.

Hyundai recalled over 150,000 Sonatas in February due to problems with air bag control units. NPR reports this investigation is directly related to that.