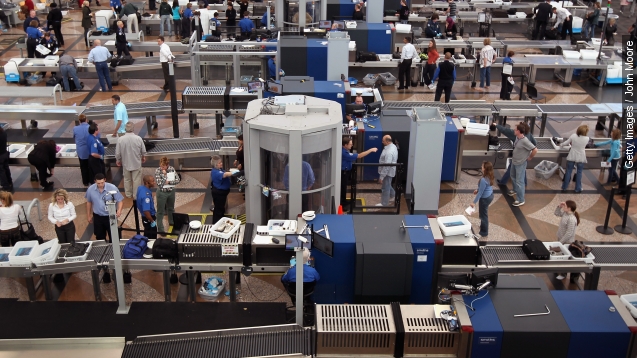 SMS
US Issues Worldwide Travel Alert Amid Terror Threats
By Ben Lawson
By Ben Lawson
November 24, 2015
The State Department has issued a worldwide travel alert during the biggest travel season of the year due to "increased terrorist threats."
SHOW TRANSCRIPT

The State Department has issued a worldwide travel alert during the biggest travel season of the year due to "increased terrorist threats."

The alert warns travelers to use caution when in public spaces and using public transportation.

It highlights threats from several groups including ISIS and Boko Haram. It says, "These attacks may employ a wide variety of tactics, using conventional and non-conventional weapons and targeting both official and private interests."

This type of alert from the U.S. is not uncommon. The State Department has issued four worldwide travel alerts in the last four years.

One was issued over fears of more "lone wolf"-style attacks after a gunman took 17 people hostage in an Australian cafe in 2014. In 2013, an alert was issued after the U.S. intercepted communication that suggested attacks were being planned in the Middle East and North Africa.

And two alerts were issued in 2011 due to fears of retaliatory attacks over the death of several senior Al Qaeda officials, including Osama bin Laden. (Video via BBC)

The most recent alert comes amid heightened tension following the attacks in Paris that left 130 people dead and hundreds of others wounded.

The travel alert will stay in effect long past the busy Thanksgiving and Christmas travel seasons. It expires Feb. 24.