US Is Reportedly Preparing To Indict WikiLeaks Founder Julian Assange 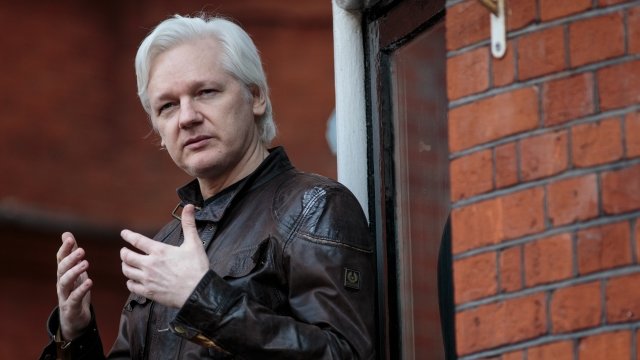 By Briana Koeneman
November 16, 2018
That information was revealed in an unrelated court document that prosecutors say was filed by mistake.
SHOW TRANSCRIPT

The U.S. Department of Justice is reportedly getting ready to prosecute WikiLeaks founder Julian Assange.

That information was revealed in an unrelated court document that prosecutors say was filed by mistake.

The document names Assange twice and talks about the need to keep any moves to arrest or extradite him under wraps.

Assange has been on the Justice Department's radar since WikiLeaks published thousands of classified government documents back in 2010. The site's also come up in special counsel Robert Mueller's Russia investigation. WikiLeaks published a bunch of emails that were stolen from Democrats by Russian agents during the 2016 election.

But Assange has been holed up in the Ecuadorian Embassy in London for years now and would have to be arrested and extradited to the U.S. if he were to face charges in federal court.

It's unclear exactly what charges Assange could face.