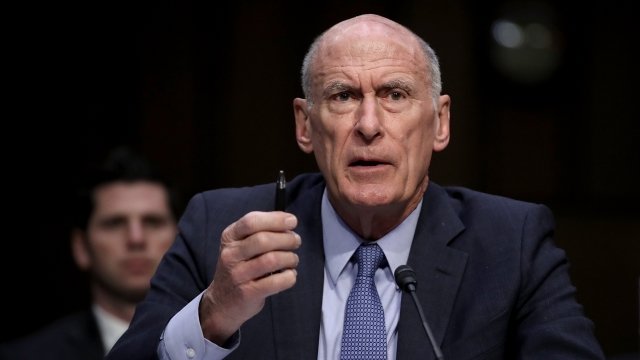 The head of the U.S. intelligence community is again warning about potential Russian meddling in the 2018 midterm elections.

Dan Coats testified in front of the Senate Armed Services Committee on Tuesday to outline worldwide threats. Coats said he hasn't seen evidence of a "robust effort" so far but says he thinks it's "highly likely" Russia will try something.

Coats gave a similar testimony to the Senate intel committee in February. He reiterated his belief that Russia views its past efforts as successful and that it views the midterms as a potential target.