The US Is Getting High Marks On High School Graduation Rates 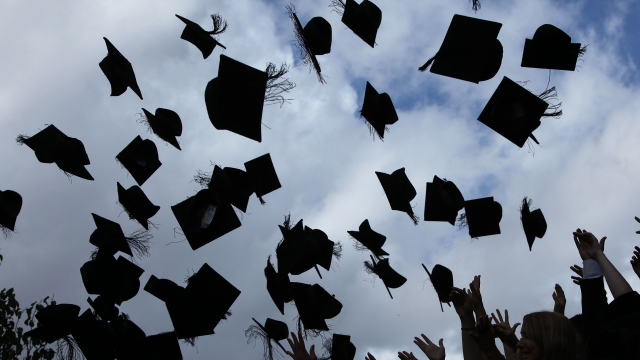 SMS
The US Is Getting High Marks On High School Graduation Rates
By Briana Koeneman
By Briana Koeneman
October 17, 2016
According to the White House, during the 2014-2015 school year, more than 83 percent of high school students graduated in four years.
SHOW TRANSCRIPT

The U.S. is getting high marks when it comes to high school graduation rates.

The White House announced Monday that during the 2014-2015 school year, more than 83 percent of high school students received a diploma in four years.

That number is a "record new high" since 2010 when all states started using a four-year adjusted measure of high school graduation rates.

According to the data, every student subgroup saw improvements.

And almost every state saw increases in their high school graduation rates since the 2010-2011 school year.

Iowa boasted the highest rate with over 90 percent. Washington, D.C., had the lowest at about 65 percent, but it also improved the most by 7 percentage points.

The White House said in a statement obtained by multiple media outlets, "This increase reflects important progress schools across the country are making to better prepare students for college and careers after graduation."

The White House says the money invested in the Race to the Top grant program helped some of the U.S.' poorest performing high schools improve. The initiative has dedicated over $4 billion to 19 states so far.