Mass Shootings Can Happen Anywhere, But They Keep Happening In The US 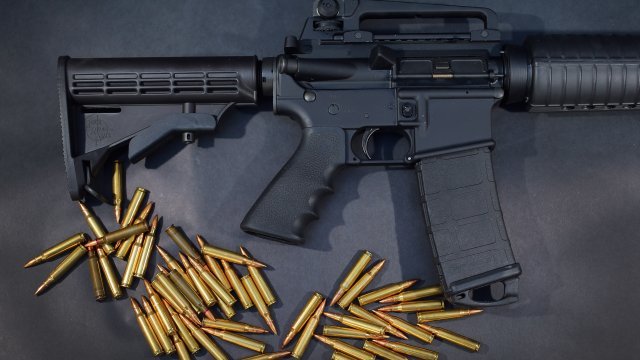 Mass shootings happen worldwide, but they're more frequent and prompt a more muted legislative response in the U.S.

Developed countries around the world have dealt with mass shootings over the years. But when it comes to sheer frequency and public response to those incidents, the U.S. is in a category all its own.

The New York Times notes among countries with a population over 10 million, only war-torn Yemen has a higher per capita rate of mass shooters than the U.S. And Yemen has the second-highest rate of gun ownership behind the U.S.

But the U.S. doesn't just have the most guns — it also has a unique view of gun rights. It's one of three countries in the world with a right to bear arms written into the constitution and the only one not to put written constitutional limitations on that right.

The shooting in Florida on Wednesday was the fifth intentional shooting at a school in less than two months.

Countries without this constitutional right often impose new limitations on firearms after a mass shooting. Australia's government famously banned semi-automatic weapons and bought back more than 700,000 firearms after the 1996 Port Arthur shooting. The U.K. and Germany both imposed new gun restrictions after school shootings in 1996 and 2002 respectively.

One notable exception to this pattern is Norway, which in 2011 suffered the worst mass shooting in recent decades. That attack prompted new mental health legislation but didn't add any gun control measures to the country's already strict regulations.