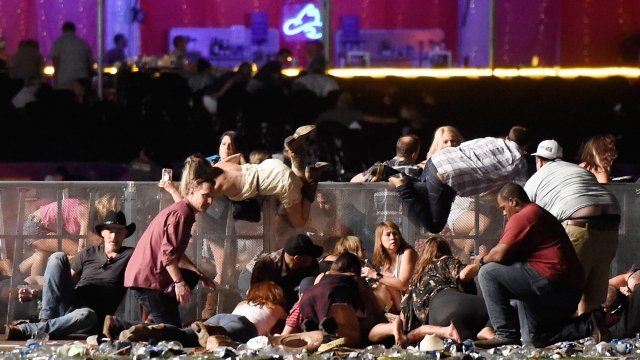 SMS
Mass Shootings Far More Common In US Than Anywhere Else In The World
By Zach Toombs
By Zach Toombs
October 2, 2017
The U.S. sticks out from the rest of the world on the issue of guns and gun deaths.
SHOW TRANSCRIPT

The Las Vegas shooting is now the deadliest mass shooting in modern U.S. history — and the U.S. is the only nation in the world where this happens so often. So one question is, what makes the U.S. different?

An in-depth study released last year shows just how many more mass shootings the U.S. has than any other nation. This counts any shooting where four or more people are killed or wounded. 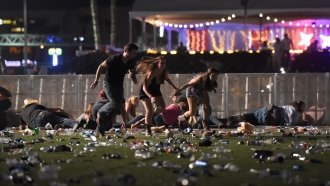 When it comes to guns, the U.S. stands out from the pack in a big way. Namely it has way more guns than any other nation in the world. The only other developed nations with a lot of guns keep tight controls over ammunition.

To give you an idea of just how many guns are floating around the nation with the most mass shootings, take a look at this. Americans own almost half of all civilian-owned guns in the world.

And yet, with all those guns, the U.S. has some of the loosest restrictions on firearms of any developed nation. Nevada law allows the transfer and possession of high-capacity ammunition magazines, .50-caliber rifles and even fully automatic rifles if they comply with federal laws. Open carry of firearms is also legal without a permit.

In the past few months, the only notable action on gun laws in the U.S. Congress was an effort the National Rifle Association backed to lift restrictions on silencers.