US Forest Service Is Treating Millions Of Acres To Prevent Wildfires 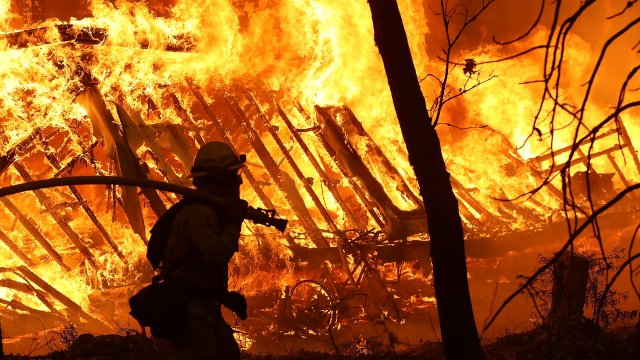 SMS
US Forest Service Is Treating Millions Of Acres To Prevent Wildfires
By Briana Koeneman
By Briana Koeneman
June 5, 2019
The head of the agency told NPR it's working to prevent fires on 80 billion acres by prioritizing treatments including thinning and bush clearing.
SHOW TRANSCRIPT

The head of the U.S. Forest Service says it's working to treat millions of acres of land across the U.S. in order to prevent deadly wildfires.

In an interview with NPR, Vicki Christiansen said wildfires are now a year-round phenomenon.

And she said her agency is working to prevent fires on 80 billion acres of public lands by prioritizing treatments like thinning, bush clearing and prescribed burning.

Christiansen told the outlet: "Our national priority is to improve the condition of our nation's forests and grasslands."

And this year has the potential to be dangerous as well. Data released by the National Interagency Fire Center this week shows above normal wildfire potential in Western Washington, Oregon and California.