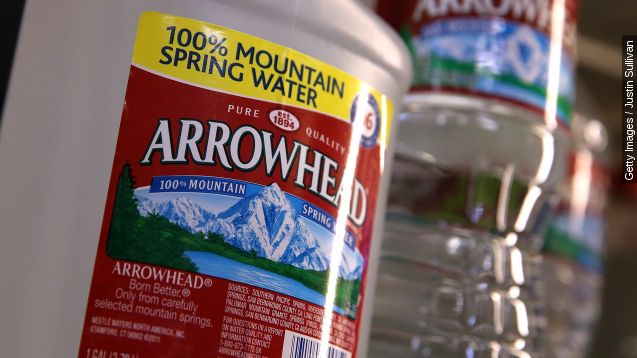 Activist groups are suing the U.S. Forest Service and claiming that it let Nestle take one of Southern California's scarcest resources: water.

Nestle is accused of stealing California's water, and the U.S. Forest Service might have let it happen.

On Tuesday, the U.S. Forest Service — which originally granted the company a permit to siphon water — was sued by multiple activist groups for letting Nestle continue to bottle the region's precious water. (Video via Nestle)

The lawsuit comes during a historic drought. Overall, residential reductions in water use have been promising, and environmental groups are calling on corporations to follow suit.

The groups claim Nestle Waters North America has been using a permit that expired in 1988 to pipe water out of the San Bernardino Mountains.

But Nestle says the permit is still in effect and that the company pays the permit fee annually, along with reporting water use to the State Water Resources Control Board. (Video via Nestle)

Nestle told the Los Angeles Times it was only taking a very small amount of California's water, but groups suing Nestle say a deeper review is needed to assess the full impact.

According to the The Desert Sun, budget cuts and money needed to manage wildfires have kept the U.S. Forest Service from spending money to re-evaluate its special permits backlog. (Video via The Desert Sun)