US Fires Missiles At Syrian Air Base 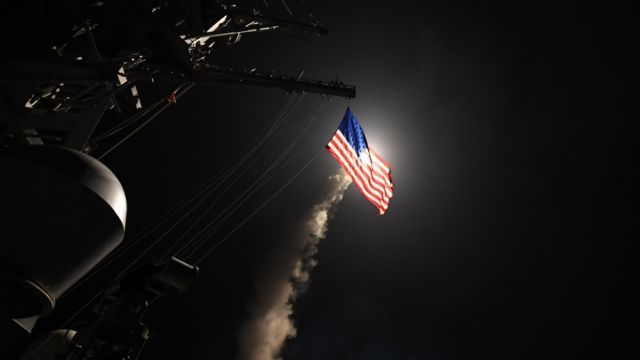 SMS
US Fires Missiles At Syrian Air Base
By Matt Picht
By Matt Picht
April 6, 2017
The U.S. has launched at least 50 Tomahawk missiles at a Syrian air base.
SHOW TRANSCRIPT

The U.S. launched at least 50 Tomahawk missiles at a Syrian air base late Thursday.

The missiles were reportedly launched from two U.S. Navy destroyers in the Mediterranean Sea and targeted a regime air base in Homs. 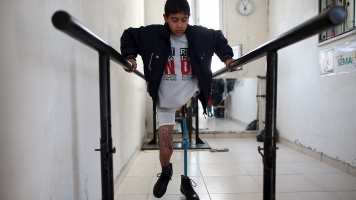 The strikes come after a major chemical weapons attack killed over 80 people near the Syrian town of Idlib. The Trump administration says Syrian President Bashar al-Assad is responsible for the attack.

President Trump said to reporters: "Years of previous attempts at changing Assad's behavior have all failed and failed very dramatically. ... Tonight, I call on all civilized nations to join us in seeking to end the slaughter and bloodshed in Syria."