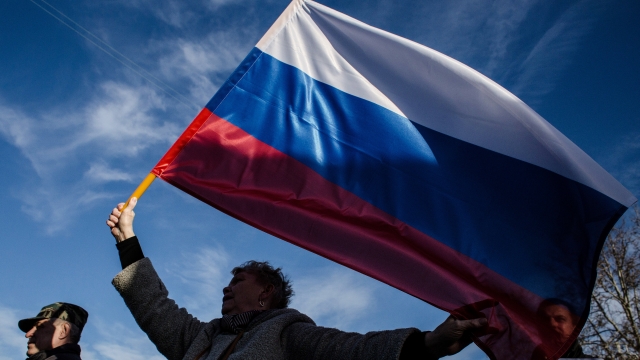 SMS
Treasury Department Announces More Sanctions Against Russia
By Alec Larson
By Alec Larson
March 15, 2019
In a statement on Friday details that the U.S. will be imposing new sanctions on Russia due to its "continued aggression in Ukraine."
SHOW TRANSCRIPT

The Treasury Department announced in a statement on Friday that the U.S. will be imposing new sanctions on Russia due to its' "continued aggression in Ukraine."

The sanctions will target six Russian officials and eight companies for their activities related to supporting Russia's occupation of southeastern Ukraine. The move will freeze all property belonging to the individuals and entities in question and will prohibit U.S. citizens from transacting with them.

The Treasury Department's announcement comes on the same day as both Canada and the E.U. have imposed similar sanctions on Russia.

Treasury secretary Steven Mnuchin said of the sanctions, "The United States and our transatlantic partners will not allow Russia's continued aggression against Ukraine to go unchecked."