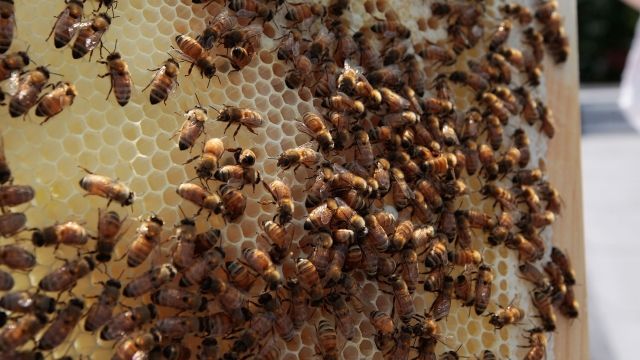 SMS
Backing Off These Pesticide Restrictions Could Be Bad For Bees
By Lindsey Pulse
By Lindsey Pulse
January 14, 2017
Environmentalists and the U.S. government aren't seeing eye to eye on the decision.
SHOW TRANSCRIPT

The U.S. Environmental Protection Agency has finalized new guidelines for using certain pesticides — and people are already arguing about it.

Basically, the EPA backed away from restricting a handful of pesticides — all neonicotinoid compounds — that have been linked to harming honeybees. 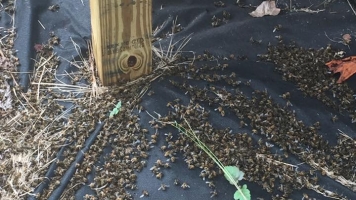 In a separate release, the EPA said contact with the pesticides can harm bees and their larvae. But the agency also said most approved uses aren't "significant risks" to entire colonies.

The guidelines will likely be good news for growers, but some environmental agencies are up in arms. One expert said it's "outrageous" the EPA said the pesticides were dangerous for bees but still loosened restrictions.

The move also seems to go against bundles of research from other countries that say this class of pesticides not only harms bees, but also other nontarget insects.

Pesticides helped put a species of bumblebee on the U.S. endangered list for the first time early this year. While the EPA won't be restricting use of the chemicals for now, a full risk-assessment on how pesticides affect honeybees is expected to finish next year.