US Embassy In Haiti Requests Security Personnel Amid Riots 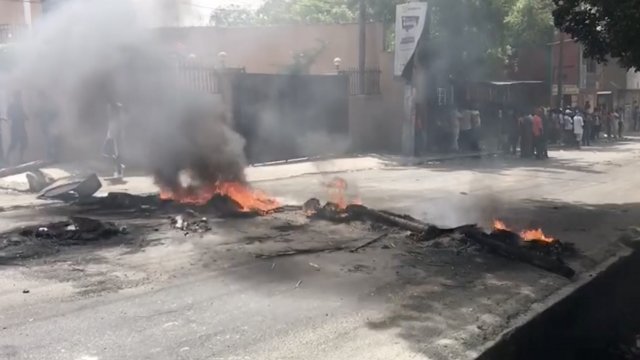 Deadly protests in Haiti over a now-suspended fuel price hike led the U.S. embassy there to request more security.

The measure would have increased the price of gas by 38 percent, diesel by 47 percent and kerosene by 51 percent.

U.S. officials told Americans in the country not to travel and to shelter in place. Flights to the country were suspended, stranding some people.

The embassy requested additional security personnel. A unit of 13 Marines is on its way to Haiti, a source told CNN.