US Economy Grows At Fastest Rate In Almost 4 Years 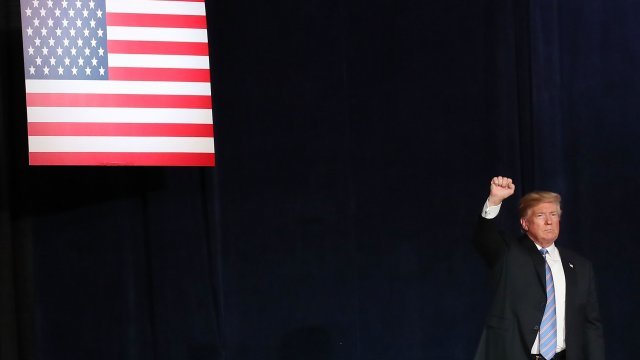 A new government report shows the U.S. economy grew 4.1 percent in the second quarter of 2018 — the fastest pace in almost four years.

The Commerce Department released an early look at second-quarter GDP numbers Friday, which showed consumer spending, along with an increase in exports, spurred the growth. But that was before the Trump administration's tariffs went into effect.

President Donald Trump weighed in, calling the trade deficit drop "one of the biggest wins" in the report, and said he thinks the positive numbers are "sustainable."

Some experts predict the growth will slow down in the second half of the year as interest rates go up, easing consumer spending. And now that the tariffs are in place, countries may look to import goods from elsewhere.