US Diplomats May Have Held Talks With Taliban Representatives 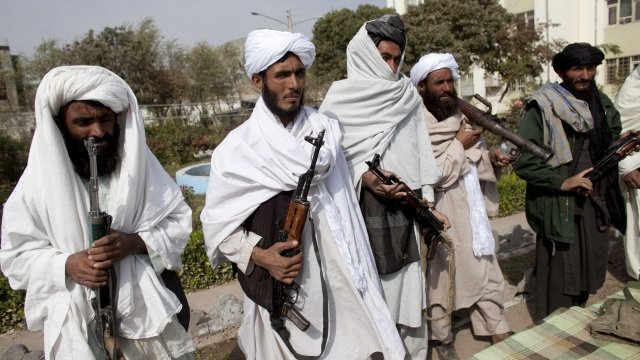 SMS
US Diplomats May Have Held Talks With Taliban Representatives
By Katie Cammarata
By Katie Cammarata
July 29, 2018
This round of talks was reportedly meant to kick-start peace negotiations between the Taliban and the Afghan government.
SHOW TRANSCRIPT

U.S. diplomats reportedly held face-to-face talks with Taliban representatives in Qatar. That's according to two Taliban officials who spoke to The New York Times on Saturday.

This round of talks was meant to kick-start peace negotiations between the Taliban and the Afghan government.

But that's a pretty big shift from the U.S.' past policies that said the Taliban should negotiate directly with Afghanistan. As Newsy previously reported, the Taliban really only wants to talk with the U.S., who they see as occupiers.

The State Department wouldn't confirm that the talks happened, but the Times pointed out that it didn't deny them either.

Earlier this month, the Trump administration told its top diplomats to seek out direct communications with the Taliban.