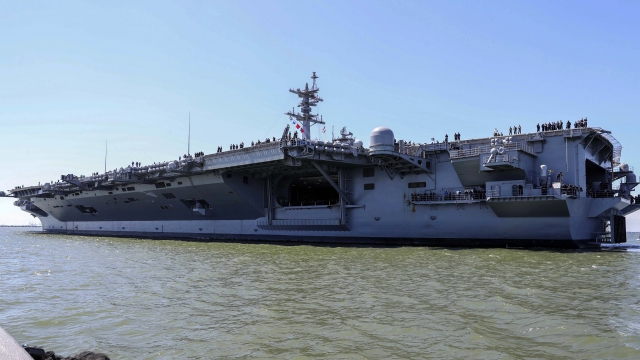 National security adviser John Bolton says the U.S. is deploying an aircraft carrier strike group and bombers to the Middle East in response to "troubling and escalatory indications and warnings" from Iran.

In a short statement, Bolton said the deployment would "send a clear and unmistakable message to the Iranian regime that any attack on United States interests or on those of our allies will be met with unrelenting force."

A U.S. official told Reuters under the condition of anonymity the deployment was ordered to deter possible preparations by Iranian forces to attack U.S. forces in the area. That same official went on to say that the U.S. wasn't expecting an attack any time soon.

The U.S. Navy announced the deployment of the USS Abraham Lincoln and the carrier's strike group last month to "support maritime security operations in international waters around the globe."

Things have been increasingly tense between the U.S. and Iran for a while now. Last May, President Donald Trump said he was pulling the U.S. out of the 2015 Iran nuclear deal. From there, sanctions on Iran gradually went back into place. And last month, the commander-in-chief designated Iran's Islamic Revolutionary Guard Corps as a foreign terrorist organization.