US Delegation Reportedly In North Korea To Discuss Potential Summit 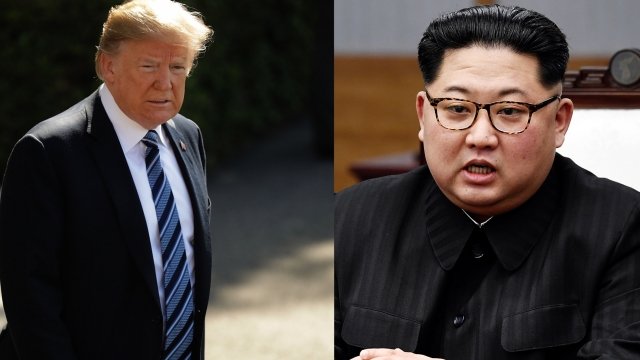 SMS
US Delegation Reportedly In North Korea To Discuss Potential Summit
By Ethan Weston
By Ethan Weston
May 27, 2018
The Washington Post reports the delegates are there to discuss the substance of a potential meeting between Kim and Trump.
SHOW TRANSCRIPT

A U.S. delegation is reportedly in North Korea in preparation for a potential summit between President Donald Trump and North Korean leader Kim Jong-un.

According to The Washington Post, the delegates are there to discuss the substance of a meeting between the two leaders — in this case, North Korea's nuclear program.

A summit between Trump and Kim was planned for June 12 in Singapore, but Trump canceled the meeting last Thursday.

Since then, Trump has said a number of times the U.S. and North Korea are still negotiating and that the June 12 summit could happen.

Talks between the U.S. delegation and North Korean officials are expected to continue Monday and Tuesday.