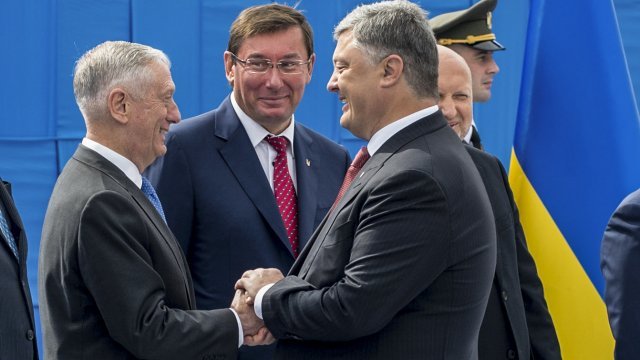 SMS
US Ponders Giving Lethal Weapons To Ukraine
By Matt Picht
By Matt Picht
August 24, 2017
The U.S. hasn't sent any lethal weapons to Ukraine during the ongoing conflict there, but that might soon change.
SHOW TRANSCRIPT

During his recent visit to Ukraine, U.S. Defense Secretary Jim Mattis said the Pentagon is thinking about giving the country's government lethal weapons.

Mattis said in a press conference: "We are in this and very, very much in support of you. I would also point out that on the defensive lethal weapons, we are actively reviewing it."

Ukraine's government is still waging war against pro-Russian separatists in the eastern part of the country. It's accused Russia of fueling the conflict; Russia annexed the Crimean Peninsula from Ukraine in 2014. 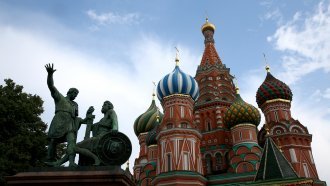 The U.S. has already supplied about $750 million worth of nonlethal equipment to Ukraine — stuff like body armor, radios and Humvees. Now, it's pondering giving Ukraine U.S. anti-tank missiles to help deter Russian aggression.

Mattis also urged Russia to abide by the terms of a major 2015 cease-fire agreement in the region. A fresh cease-fire in the conflict is supposed to go into effect this week.