US Defense Bill Would Suspend Fighter Jet Sales To Turkey 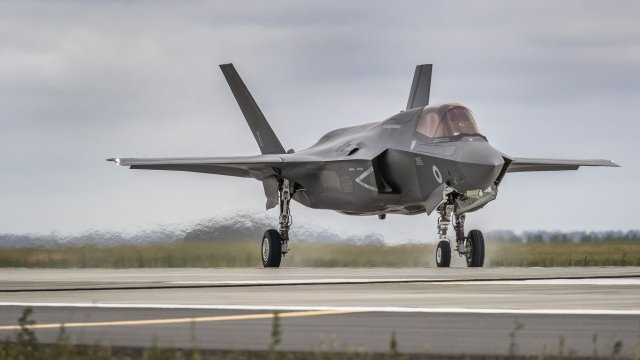 SMS
US Defense Bill Would Suspend Fighter Jet Sales To Turkey
By Jake Jones
By Jake Jones
July 26, 2018
Congress has frowned on the country's plan to buy a missile defense system from Russia.
SHOW TRANSCRIPT

Congress is moving forward with a major defense bill.

The House passed a bill Thursday that would do a number of things: authorize low-yield nuclear weapons on submarines, increase troop pay, authorize 13 new Navy battleships and add more than 15,000 active-duty military members.

But a part of the bill that has been getting a lot of attention is a temporary ban on F-35 fighter jet sales to Turkey.

Turkey is a member of NATO and a partner in the fight against ISIS. But Congress has frowned on the country's plan to buy a missile defense system from Russia. Turkey's move toward authoritarianism under President Recep Tayyip Erdoğan also seems to be a concern.

But Defense Secretary Jim Mattis argued for the deal to go through. He wrote to members of Congress saying a ban on new jet sales to Turkey would disrupt the international supply chain, raise costs and affect delivery times. Bloomberg reports at least 10 Turkish companies make parts for the F-35.

The bill would ask the Pentagon to report on its assessment of the sale within 90 days of its passage.