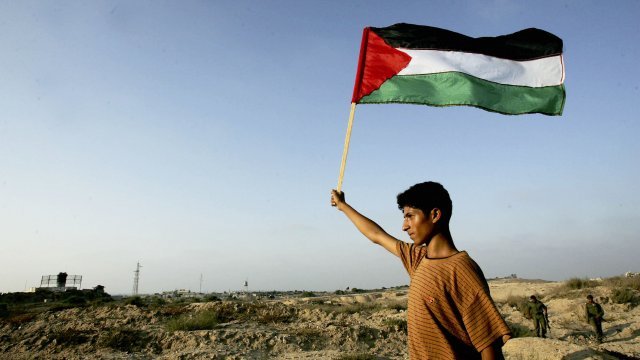 By Gabrielle Ware
September 9, 2018
The money was meant to cover medical costs for Palestinians in East Jerusalem hospitals.
SHOW TRANSCRIPT

The Trump administration is cutting $25 million in aid meant to help cover medical costs for Palestinians.

The funds were for the East Jerusalem Hospital Network, which is made up of six hospitals that mostly provide care for Palestinians. The U.S. State Department announced it would end support on Saturday.

The move is part of President Donald Trump's plan to pressure the Palestinian Authority into reaching a peace deal with Israel.

In December, Trump decided to move the U.S. Embassy in Israel to Jerusalem from Tel Aviv, effectively recognizing Jerusalem as Israel's capital.

The move was controversial because both Israelis and Palestinians claim Jerusalem as their capital.

In response to the hospital aid cuts, the Palestinian Authority's minister for Jerusalem affairs said: "Let America know that all these acts will not change our position toward our cause one bit. On the contrary, it consolidates our positions toward every issue, including Jerusalem."

Last month, the Trump administration said it would cut more than $200 million in aid to Palestinians in the West Bank and Gaza.