US Customs Make Largest Fentanyl Bust In Its History 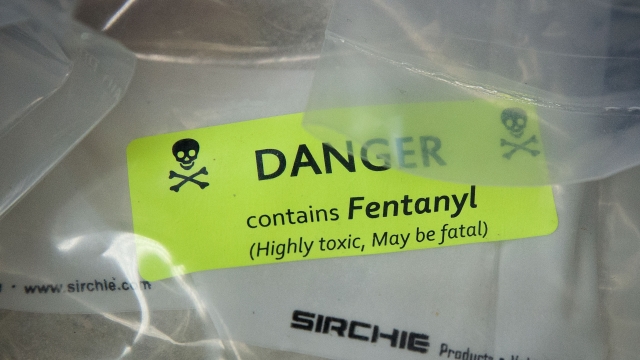 SMS
US Customs Make Largest Fentanyl Bust In Its History
By Ahmed Jawadi
By Ahmed Jawadi
January 31, 2019
The CBP found nearly 254 pounds of fentanyl hidden in a compartment under the floor of a tractor-trailer carrying produce.
SHOW TRANSCRIPT

U.S. Customs and Border Protection officers said Thursday they made the largest seizure of fentanyl in the agency's history.

The bust occurred Saturday morning at the Nogales port of entry on the Arizona-Mexico border. The Nogales port director said a drug-sniffing dog helped agents find nearly 254 pounds of fentanyl hidden in a compartment under the floor of a tractor-trailer carrying produce. Agents also discovered 395 pounds of methamphetamine.

The CBP valued the fentanyl at $3.5 million and the methamphetamine at $1.1 million. The port director said the vehicle was driven by a 26-year-old Mexican citizen who is currently in federal custody.

The Drug Enforcement Administration said the U.S.' previous largest fentanyl bust was in 2017, when it captured 145 pounds of the synthetic drug.

Data from the CDC shows that fentanyl surpassed heroin as the drug most frequently involved in overdose deaths in 2016. The synthetic opioid was linked to more than 18,000 overdose deaths that year, accounting for nearly a third of all deaths from overdoses.