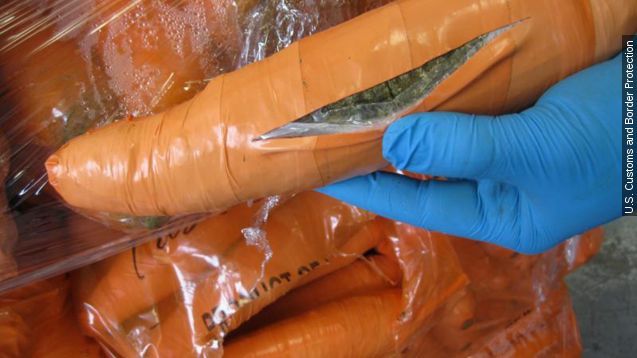 Yes, it appears no produce is innocent, as smugglers have tried the marijuana-carrot trick before. Customs agents found this one about a month ago.

And carrots aren't the only ones. About $480,000 worth of marijuana was found with this shipment of tomatoes.

And, while these might look like thirst-quenching refreshments, they're actually 61 pounds of alleged methamphetamine solution found about two months ago.

U.S. Customs says the Department of Homeland Security is investigating this most recent carrot corruption.

This video includes images from U.S. Customs and Border Protection.