US, Cuban Officials To Meet About Mysterious 'Health Attacks' 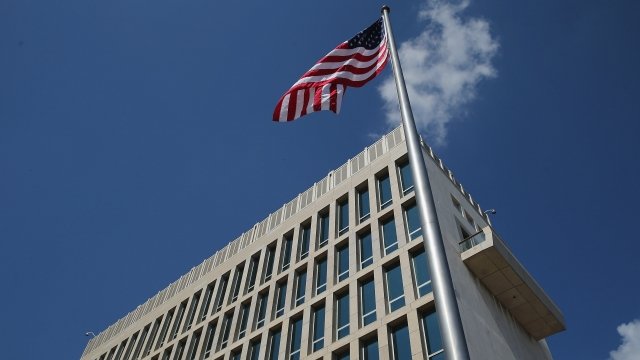 Officials from the U.S. and Cuba are reportedly meeting Thursday to discuss the mysterious "health attacks" on American diplomats based in Havana.

The Associated Press reported Thursday's meeting will focus on the "method and motive" behind the attacks.

NBC News reported earlier this week that U.S. officials suspected Russia could be responsible. And U.S. lawmakers previously said Cuba's government could have something to do with the attacks.

But on Tuesday, State Department spokeswoman Heather Nauert told reporters it's investigating and has "not assigned any blame" to any entity yet.