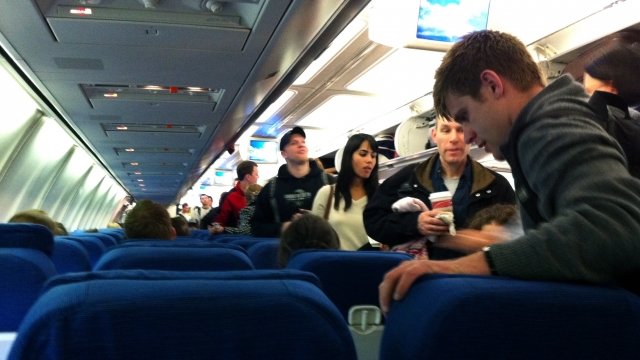 The Department of Transportation announced Thursday it's creating a task force to review incidents of sexual misconduct by airplane passengers.

The National In-Flight Sexual Misconduct Task Force will review how U.S. airlines respond to and report allegations of in-flight sexual misconduct by passengers. It will then make recommendations on what training, reporting and data collection practices are best.

The task force will be a part of the Advisory Committee for Aviation Consumer Protection. It will be made up of officials from the Department of Transportation, the Department of Justice, and the Department of Health and Human Services. It will also include representatives from national organizations like consumer protection agencies, as well as flight attendants' and pilots' labor unions.

The FBI says the number of "midair sexual assaults" is on the rise. In 2017, it opened 63 assault investigations, which is a 66 percent increase compared to 2014.

The members of the new task force will be named at a meeting in mid-January.