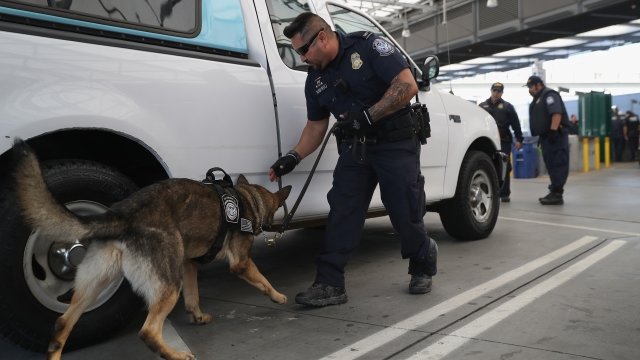 By Cristina Mutchler
October 16, 2018
The Justice, Treasury and State departments announced they're teaming up to target the Jalisco New Generation Cartel, or CJNG.
SHOW TRANSCRIPT

The U.S. federal government is making moves to dismantle a drug cartel it calls one of the largest and most dangerous operating out of Mexico.

On Tuesday, the Justice, Treasury and State departments announced they're teaming up to target the Jalisco New Generation Cartel, or CJNG.

The DOJ unsealed indictments against 15 people it believes are members of the cartel. They're accused of conspiring to import drugs into the U.S. and launder millions of dollars.

A State Department reward for information leading to the arrest of the group's alleged leader was also doubled to $10 million, and the Treasury Department is taking steps to cut off the group's financial supply.

"We consider this cartel, New Jalisco, to be one of the five most dangerous trans-national criminal organizations on the face of the earth," he said. "We believe that they traffic at least five tons of cocaine and five tons of methamphetamine into the United States every month. We also believe they are responsible for operating more than 100 methamphetamine labs in Mexico."

Earlier this week, Sessions announced a new federal task force to tackle transnational organized crime. CJNG is one of the groups it plans to focus on.

According to the DEA, the cartel "exerts influence" in about 75 percent of Mexican states and is expanding into the U.S., Europe, Asia and Australia.