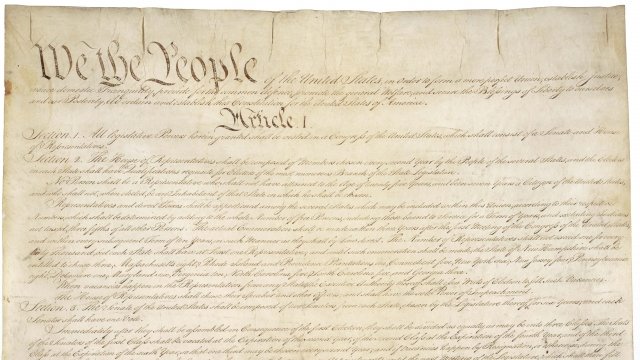 The U.S. Constitution is old — 229 years old. But in the arena of world history, 229 is fairly young. So where does it stack up on the world's constitutional seniority chart?

Turns out, maybe the top.

It's a claim you've likely heard before: The U.S. Constitution is the world's oldest. Former Utah governor and current U.S. Ambassador to Russia Jon Hunstman said it in 2011. Rep. Bob Goodlatte said the same thing in 2014.

And according to experts, they're pretty much right!

But there's a catch. Depending on your definition of a constitution, there might be older examples.

If you're on board with the idea that a constitution can be derived from multiple documents, then the U.K. easily beats the U.S. The Magna Carta plays a big role in how the U.K.'s government works, and it was written in the 1200s.

But as far as singular, central constitutions go, the U.S. wins the seniority contest.