US Confirms Iran Shot Down An American Military Drone 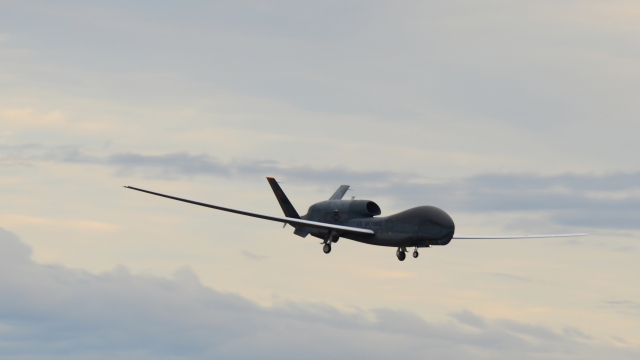 But the two sides offered different accounts of what happened leading up to the incident. U.S. officials said Iran shot down the drone while it was in international airspace above the Strait of Hormuz. But earlier in the day, a report from Iran's state-run Press TV said the U.S. drone was flying over Iranian airspace when it was shot down.

The commander of Iran's Islamic Revolutionary Guard Corps later said that while Iran is not seeking to go to war with any country, it is ready to do so if necessary.

The U.S. has blamed Iran for a series of attacks against American and allied interests in the Middle East, including what Secretary of State Mike Pompeo called a "blatant assault" on two oil tankers last week, which Iran has vehemently denied.

And on Monday, outgoing acting Defense Secretary Patrick Shanahan authorized sending 1,000 additional troops to the Middle East in response to recent "hostile behavior by Iranian forces and their proxy groups."

Both Shanahan and Pompeo have stated that the U.S. doesn't want to go to war with Iran.