The US-China Trade Deal Could Take Longer Than Expected 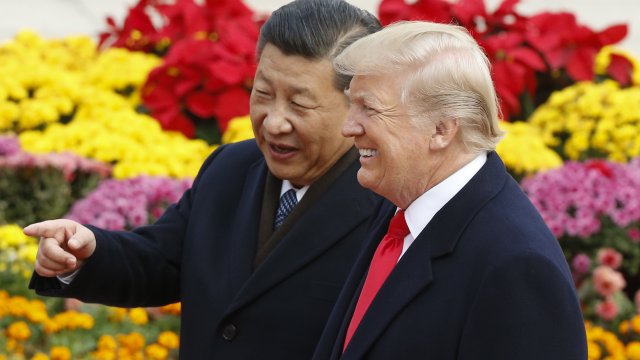 SMS
The US-China Trade Deal Could Take Longer Than Expected
By Bianca Facchinei
By Bianca Facchinei
February 14, 2019
Even if both sides come to an agreement in two weeks, the structural reforms the U.S. is asking for could take a while.
SHOW TRANSCRIPT

U.S. officials are in Beijing meeting with their Chinese counterparts to hammer out a trade deal. They say it could be completed in two weeks, but one expert says we shouldn't hold our breath.

"I think it's very clearly been signaled that March 1 is not the actual deadline," said Stephanie Segal, deputy director and senior fellow of the CSIS Simon Chair in Political Economy. 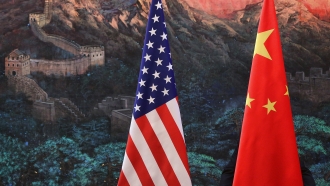 Negotiators might be able to find a way to avoid new tariffs threatened by President Trump. But the economic reforms that the U.S. is pushing China to make aren't going to come overnight.

"A deal that removes the existing tariffs and removes the immediate threat of new tariffs, that's feasible," Segal said. "But the actual structural reforms that the U.S. is pushing for, should be pushing for, and should really be the core of any sort of deal, those are things that are going to take time for the Chinese to implement and is going to require some sort of monitoring with no definitive endpoint."

Some sort of agreement would also help cool off tensions between the two sides: If the U.S. and China can't reach a deal by March 1, new tariffs could be just the start.

Beyond the long-term obstacles, the threat of more tariffs remains a major economic risk. A study from the Tax Foundation says that after-tax incomes will fall an additional 1.04 percent if more tariffs are imposed.

"I think that creates an environment of uncertainty where investors and private companies are less likely to invest. I think that then ends up weighing on consumer sentiment," Segal said.