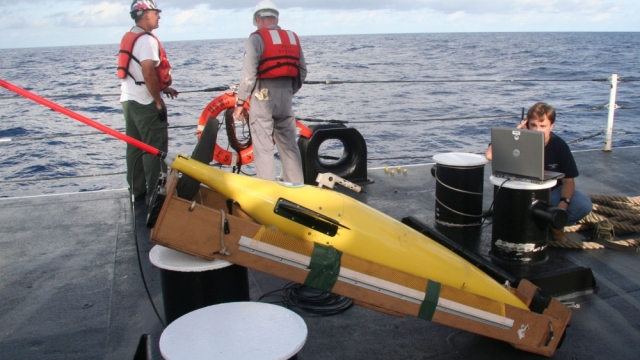 SMS
The US And China Seem To Have Resolved That Drone Dispute
By Grant Suneson
By Grant Suneson
December 17, 2016
China promised to return the U.S. underwater vehicle it seized in the South China Sea.
SHOW TRANSCRIPT

It looks like the U.S. and China came to an agreement over the American drone seized in international waters.

China said it regretted its response after taking the underwater unmanned vehicle out of the South China Sea and promised to return it.

The Pentagon said the drone was gathering scientific data, but some U.S. and Chinese analysts allege it was monitoring Chinese activities.

SEE MORE: China Could Be Preparing For A Conflict In The South China Sea

President-elect Donald Trump criticized the event on Twitter and called it "an unprecedented act."

The seizure took place in sort of a legal gray zone in the South China Sea, an area that's becoming increasingly contentious.

Both sides are working out exactly where and when the drone's return will happen.