US Cancels Shipment Of F-35 Fighter Jet Equipment To Turkey 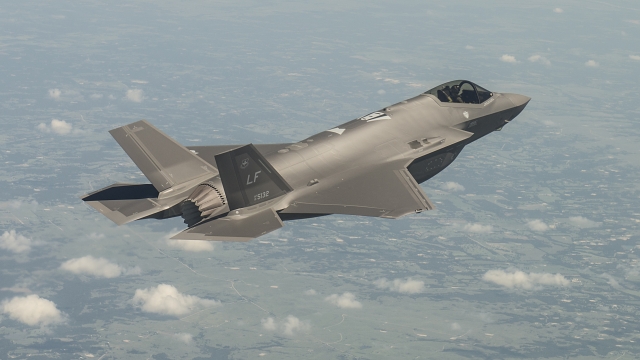 The U.S. canceled its shipment of F-35 fighter jet equipment to Turkey.

The move — or lack of one, really — comes as Turkey is in the process of buying a missile defense system from Russia.

A U.S. Defense Department spokesperson told news outlets the shipments and activities were suspended "while [the department's] dialogue on this important matter continues with Turkey."

U.S. officials previously warned Turkey that the Russian-built system wasn't compatible with NATO systems. And some lawmakers were concerned the purchase could let Russia gather information on the F-35s.

The U.S. said there would be consequences if Turkey went through with the deal and offered to sell the country its Patriot anti-missile system so Turkey wouldn't buy the Russian one.

Turkey's president said the agreement with Russia was a "done deal" and there's "no turning back."

Turkey is one of several countries involved in Lockheed Martin's F-35 global partnership. The country was planning to buy 100 of the jets.