Here's Why US Border Patrol Is Having Trouble Hiring Agents 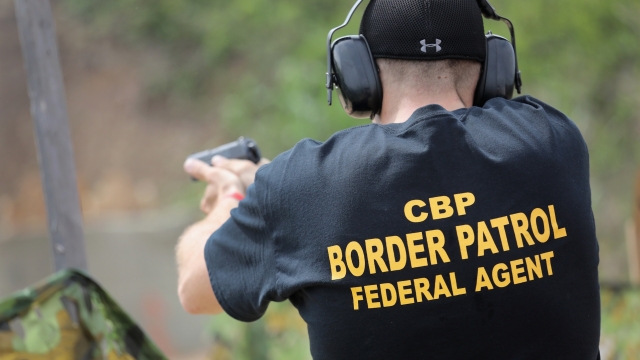 SMS
Here's Why US Border Patrol Is Having Trouble Hiring Agents
By Lindsey Pulse
By Lindsey Pulse
April 14, 2017
The Trump administration wants the agency to add 5,000 new agents, but two-thirds of applicants fail the polygraph test.
SHOW TRANSCRIPT

The U.S. Border Patrol is having trouble hiring new agents.

The Trump administration ordered thousands of new agents be added to Customs and Border Protection amid the immigration crackdown — but it turns out not many people are rushing to join the ranks.

Recruiting people to Customs and Border Protection has always been somewhat of a challenge because of the harsh living conditions that come with the job.

But recruiting is only part of the problem. Congress passed an anti-corruption bill in 2010 that requires candidates to pass a polygraph test.

The hope was to weed out candidates who could be bribed, blackmailed or compromised in any way by cartels and smugglers. But more than half of the applicants end up failing the test, according to multiple news outlets.

Now reports say the agency is considering ditching the test for some applicants and using an alternative for others.

Critics argue getting rid of the test would lower standards for candidates and leave the organization vulnerable to corruption.