US Boosts Tariffs On $200B Of Chinese Goods 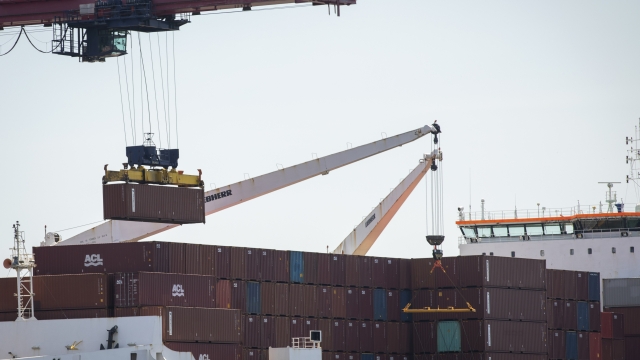 SMS
US Boosts Tariffs On $200B Of Chinese Goods
By Katherine Biek
By Katherine Biek
May 10, 2019
The Trump administration increased tariffs currently placed on $200 billion of Chinese goods from 10% to 25% Friday.
SHOW TRANSCRIPT

China is vowing to retaliate after the Trump administration allowed U.S. tariffs on $200 billion of Chinese goods to increase to 25% Friday.

That tax on items like bicycle parts, baseball gloves and various knitted fabrics was originally set at 10% when it was first imposed back in September.

China's Ministry of Commerce confirmed the increase in a statement Friday, saying that it "deeply regrets that it will have to take necessary countermeasures."

The countries have been trying to negotiate a new trade deal for months. But President Trump announced the tariff increase on Sunday after his negotiators briefed him that China was reportedly trying to renegotiate certain measures.

The president also warned the U.S. would be implementing a 25% tariff "shortly" on an additional $325 billion of Chinese goods.

A Chinese delegation led by Vice Premier Liu He arrived in Washington, D.C. on Thursday for the latest round of trade talks. The first day of negotiations wrapped up without any word on if the two countries are closer to brokering a deal.