US Believes Russia Could Be Violating Nuclear Testing Ban 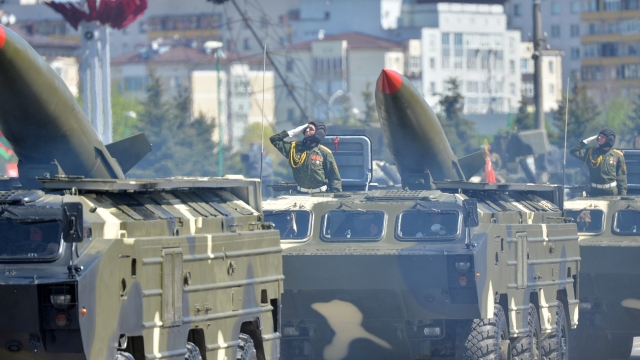 Lt. General Robert Ashley, the director of the U.S. Defense Intelligence Agency, said Wednesday, "The United States believes that Russia probably is not adhering to the nuclear testing moratorium in a manner consistent with the zero yield standard."

It's the first time the U.S. has accused Russia of violating the Comprehensive Nuclear Test Ban Treaty. That treaty bans all nuclear explosions worldwide, regardless of intent. It hasn't been ratified by enough countries to be legally binding. But, major world powers — including the U.S. and Russia — have agreed to abide by it.

A Russian embassy official said the country strictly adheres to all its agreements, including this one. The Comprehensive Nuclear Test Ban Treaty Organization said its monitoring system hasn't detected any nuclear explosions.

While any nuclear explosion would violate the agreement, an expert told The New York Times a low-yield test would probably not be "militarily significant."