US-Backed Rebels Are Struggling With Al-Nusra 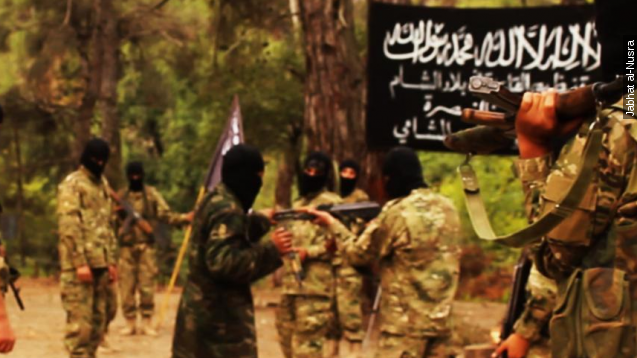 U.S.-backed rebels have apparently handed some of the weapons supplied to them by the U.S. over to another group. (Video via Hazm Movement)

That comes from U.S. Central Command, which revealed the trade in a statement. A U.S.-backed rebel commander supposedly handed some of his unit's weapons over to an al-Nusra intermediary for safe passage through northern Syria.

In all, six pickup trucks and some ammunition — about 25 percent of their total equipment — was handed over. (Video via TRT)

The U.S.'s train and equip program has been tumultuous at best. And it's got its critics.

"This is an abject failure," Sen. John McCain said during a Senate Armed Services Committee meeting. (Video via C-SPAN)

The 70 or so rebels, which are in a unit called "Division 30," have also been plagued by kidnappings from al-Nusra or rumors they're defecting to them.

Almost as soon as Division 30 entered Syria, al-Nusra kidnapped a number of them branding them as "American agents."

Later, a fighter supposedly with al-Nusra posted a photo of a U.S.-made sniper rifle on social media, claiming he got it from Division 30 fighters.

The U.S.-backed group responded by saying the claim was false. The al-Nusra fighter had supposedly posted photos from an old Division 30 fighter's account.

Division 30 also has had to push back against numerous rumors its fighters were surrendering themselves and their weapons to al-Nusra. (Video via Al Aan TV)

So, really, it doesn't appear as if the U.S.'s Syria strategy is really working out that well. That may be why they've considered having any freshly trained rebels fight alongside the Kurds.