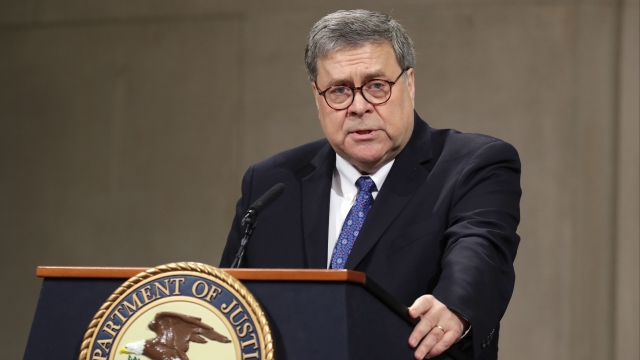 Attorney General William Barr selected a federal prosecutor to help look into the origins of the 2016 Russia investigation, according to multiple outlets.

Sources familiar with the matter told The New York Times that John Durham, the U.S. attorney in Connecticut, has been tapped to assist.

Durham's been a Justice Department lawyer for decades. Some of his most high profile cases have involved investigating wrongdoing by national security officials, including the CIA's destruction of interrogation tapes and the FBI's ties to crime boss James "Whitey" Bulger.

Durham was nominated by President Trump to serve as U.S. attorney in 2017. As part of this new review, Durham will reportedly be looking into whether the government's intelligence-gathering on the Trump campaign was legal.

Barr told a Senate committee back in April that he believed "spying did occur" on the Trump campaign in 2016 noting, "The question is whether it was adequately predicated."

Reports say Durham will not be acting as a special counsel for this review. Both the Justice Department and Durham's office declined to comment.