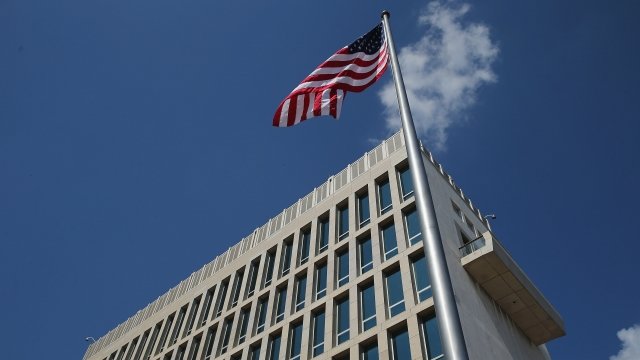 SMS
What We Know About An 'Incident' At The US Embassy In Cuba
By Jake Jones
By Jake Jones
August 10, 2017
The U.S. asked two Cuban diplomats to leave after U.S. officials in Havana reported "incidents which have caused a variety of physical symptoms."
SHOW TRANSCRIPT

The U.S. kicked out two Cuban diplomats after American officials stationed in Havana suffered from "a variety of physical symptoms."

The State Department asked the Cubans to leave their embassy in the U.S. on May 23, but CBS first reported the information this week. The official details are vague.

In a briefing with reporters, State Department spokeswoman Heather Nauert would only refer to "physical symptoms" and an "incident" at the embassy in Havana.

Nauert confirmed complaints of "physical symptoms" started in 2016. According to The Associated Press, the affected Americans were complaining of hearing loss. 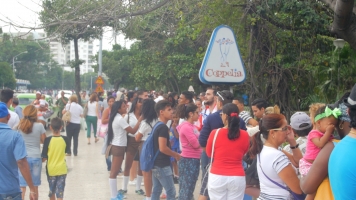 "Initially, when they started reporting what I will just call symptoms, it took time to figure out what it was, and this is still ongoing," Nauert said.

The AP reports the symptoms were so bad that it affected work and shortened some diplomats' stay on the island. The AP also reports an investigation concluded that an advanced sonic weapon placed in or around the diplomats' homes was to blame.

The U.S. Embassy in Havana was reopened in 2015 following then-President Barack Obama's normalizing of relations with Cuba.

It's unclear whether or not the incident at the U.S. Embassy played a role in President Donald Trump's decision in mid-June to undo parts of the Obama administration's work to ease relations with Cuba.