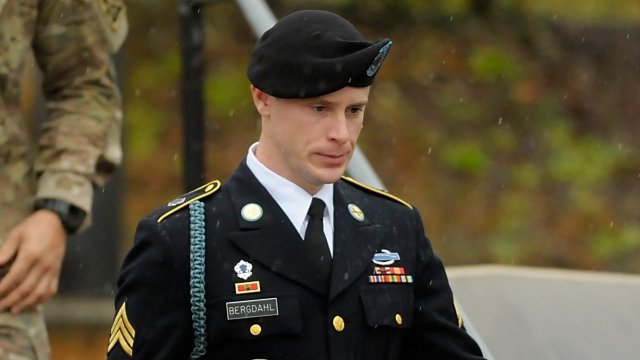 Bergdahl was captured by the Taliban after walking off his base in Afghanistan in June 2009.

More than eight years after he was captured by the Taliban, U.S. Army Sgt. Bowe Bergdahl pleaded guilty to desertion and misbehavior before the enemy.

According to several reports, Bergdahl entered his guilty plea before a military judge at Fort Bragg on Monday. The desertion charge carries a potential five-year sentence, while the misbehavior charge is punishable by life in prison.

Bergdahl was captured after walking off his base in Afghanistan in June 2009. He was freed from captivity in May 2014, when then-President Barack Obama negotiated his release in exchange for five Guantanamo Bay detainees.

Season two of the podcast digs into one of the biggest ongoing controversies in the U.S.

"He's a traitor, a no-good traitor who should have been executed," Trump said.

Bergdahl's punishment will be determined after the judge holds a sentencing hearing, which is expected to start next week.