US Army Identifies The 2 Soldiers Killed In Kentucky Helicopter Crash 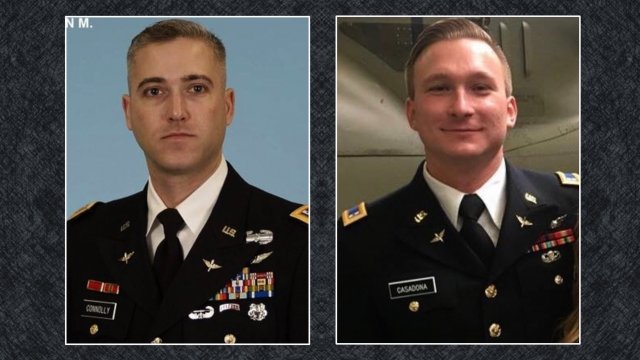 The U.S. Army identified the two soldiers who died in a helicopter crash Friday in Kentucky.

The two died when their AH-64E Apache helicopter crashed in the local training area at Fort Campbell.

In a statement, an Army official said, "The Destiny Brigade has suffered a great tragedy and our thoughts and prayers go out to the families of the deceased."

The cause of the incident is still under investigation.