Trump Administration Announces Tariffs On $16B In Chinese Goods 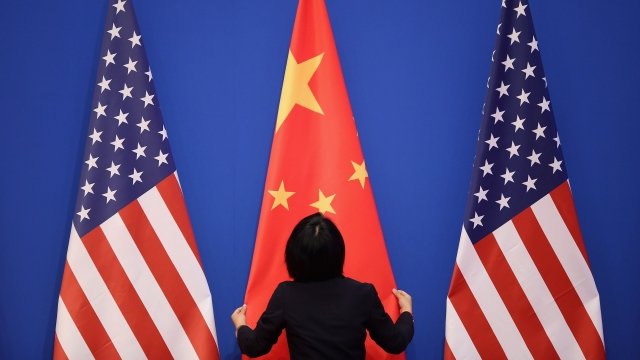 SMS
Trump Administration Announces Tariffs On $16B In Chinese Goods
By Jake Jones
By Jake Jones
August 7, 2018
The latest round of tariffs will go into effect Aug. 23.
SHOW TRANSCRIPT

The Trump administration announced Tuesday it would levy tariffs on $16 billion worth of Chinese goods.

The latest round of tariffs will go into effect Aug. 23. They'll impose a 25 percent tax on nearly 300 Chinese products.

This is the second round of tariffs in about a month in the growing trade dispute between China and the U.S. The Trump administration has already launched tariffs on $34 billion in Chinese imports, which Beijing responded to with a dollar-for-dollar match of tariffs on U.S. goods.

The dispute has already started to affect both economies. Before the latest U.S. tariffs were announced, Oxford economists told Bloomberg global output would drop 0.7 percent by 2020.