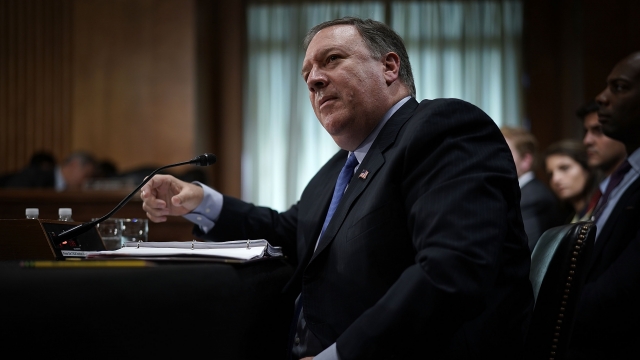 The U.S. will soon begin sanctioning all countries that import oil from Iran.

The White House confirmed the news Monday morning, shortly before Secretary of State Mike Pompeo formally announced the decision in a press conference.

"Any nation or entity interacting with Iran should do its due diligence and err on the side of caution. The risks are simply not going to be worth the benefits," Pompeo said.

U.S. sanctions against Iran snapped back into place last year as part of President Donald Trump's decision to pull the U.S. out of the 2015 Iran nuclear deal. Those sanctions largely target Iran's oil industry.

The Trump administration granted a 180-day waiver to eight countries, allowing them to temporarily continue buying Iranian oil despite the sanctions going back into effect. Those waivers are set to expire on May 2.

The State Department previously confirmed that three of the eight countries have already stopped importing oil from Iran. Some analysts thought the Trump administration might grant extensions for the other five, but the White House said Monday that it would not reissue any waivers.

The Trump administration said it's negotiated with both Saudi Arabia and the United Arab Emirates to help offset the removal of Iranian oil from the market. Global oil prices rose by more than 3 percent early Monday morning, reaching the market's highest level since November 2018.