US And Taliban Take Steps Toward Ending Afghanistan War 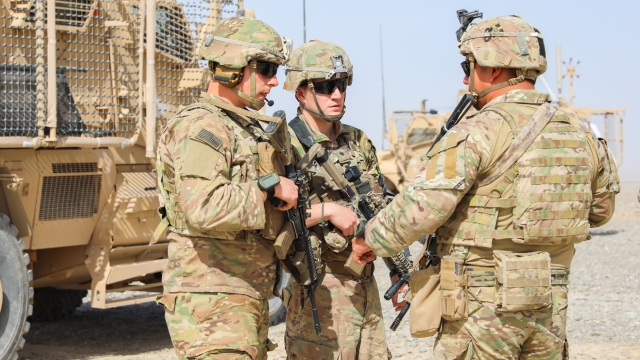 SMS
US And Taliban Take Steps Toward Ending Afghanistan War

By Katie Cammarata
January 28, 2019
So far, the drafted framework is the biggest physical step towards ending the years-long war.
SHOW TRANSCRIPT

The U.S.' longest war is closer to coming to end after 17 years. U.S. and Taliban officials have agreed to a framework for a peace deal after almost a week of negotiations in Qatar.

In an interview with The New York Times, chief U.S. negotiator Zalmay Khalilzad said the two parties had "a draft of the framework that has to be fleshed out before it becomes an agreement."

Nothing's official yet, but Khalilzad said the agreement could include provisions that the Taliban keep Afghan land from being used by terrorist organizations, the U.S. withdraw its troops and Taliban and Afghan officials create lines of direct communication. So far, that hasn't been happening because the Taliban really only wants to talk with the U.S., which the insurgent group sees as occupiers.

On Monday, after the news that peace talks had progressed, Afghan President Ashraf Ghani said that, eventually, all foreign forces in the country would leave. He said the forces were in Afghanistan "based on need," but "according to an exact and arranged plan, we are trying to bring down that number to zero."

Previous reports detailed American officials insistence that a Taliban cease-fire be part of the agreement, but an American official told The Times on the condition of anonymity that the truce was something Taliban negotiators had to take back to their leadership to discuss.

So far, the drafted agreement is the biggest physical step towards ending the years-long war.