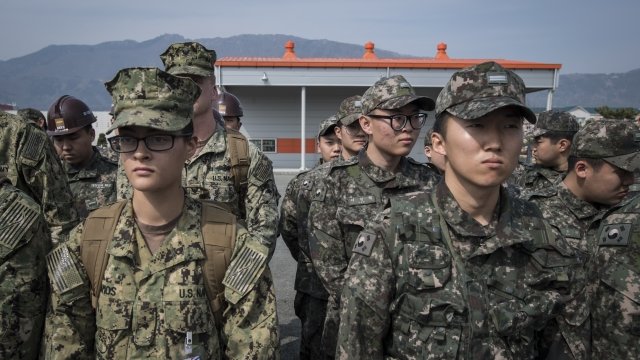 The Pentagon says joint military drills between the U.S. and South Korea will resume April 1.

The U.S. and South Korea will resume their annual joint military drills on April 1, 2018, after putting them on hold to avoid provoking North Korea during the Olympics and Paralympics.

The drills — deemed Foal Eagle and Key Resolve — will be similar in scale to years past, according to the Pentagon.

The U.S. and South Korea agreed to put them off after a series of diplomatic breakthroughs with North Korea.

The announcement comes amid preparations for a meeting between President Donald Trump and North Korean leader Kim Jong-un. That meeting is expected to happen by May.