US and South Korea Scrap Military Exercise For Diplomatic Reasons 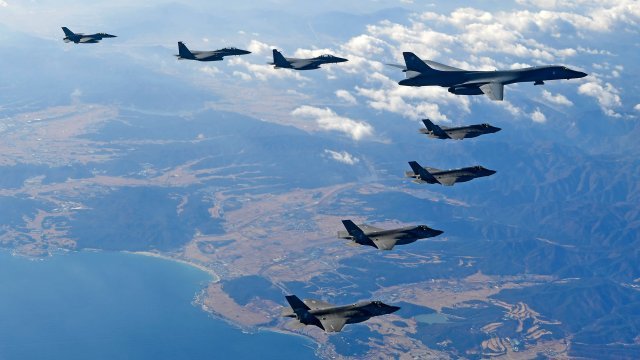 By Sebastián Martínez Valdivia
October 19, 2018
President Donald Trump has long criticized the cost of the military exercises, which the U.S. has carried out for decades.
SHOW TRANSCRIPT

The U.S. and South Korea are scrapping one of the biggest joint military exercises in the world.

The Pentagon made the announcement Friday, saying it was suspending the exercise to aid in the ongoing diplomatic process with North Korea.

The North has long called for an end to the exercises, which it has called provocative. President Donald Trump has also criticized the exercises, and in particular their cost. After his summit with Kim Jong Un in Singapore in June, the president announced he would suspend the "war games," as he called them.

Secretary of State Mike Pompeo visited Pyongyang earlier this month, to hash out plans for another summit between Kim and President Trump.