US and North Korea Officials Continue Negotiations In The DMZ 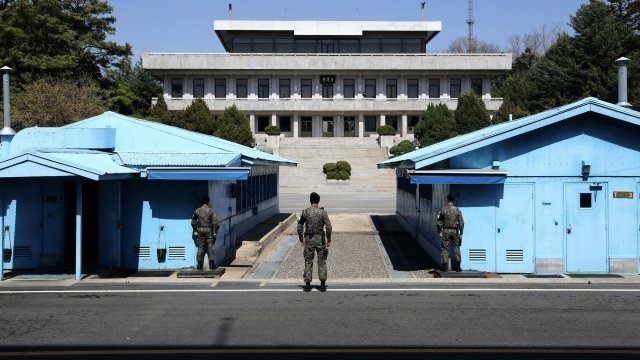 Officials from the U.S. and North Korea met Sunday in the Demilitarized Zone between North and South Korea.

A State Department spokesperson confirmed to ABC News the two sides talked Sunday about implementing the agreement signed by Trump and Kim.

U.S. Secretary of State Mike Pompeo was not part of the U.S. delegation for this round of talks, but he reportedly canceled an upcoming meeting he had scheduled on July 6 in Washington so he could fly to North Korea.

News of ongoing discussions between the two countries came a day after The Washington Post reported that U.S. intelligence officials believe North Korea is unlikely to completely denuclearize.