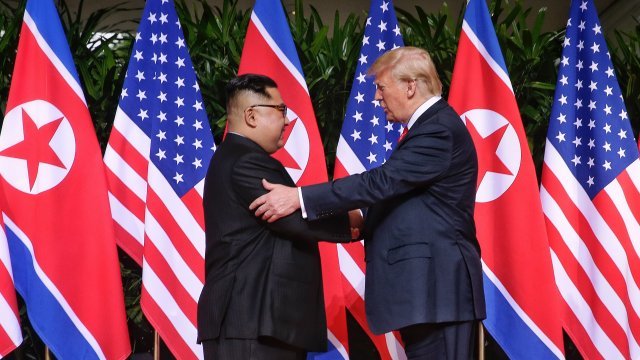 U.S and North Korean military officials met at the inter-Korean border Sunday to discuss the return of U.S. Korean War veteran remains. It's the first time in nine years the countries held "general officer-level talks" together.

A statement by Secretary of State Mike Pompeo said U.S. and North Korean officials will hold meetings to coordinate the transfer of remains starting on Monday.

He first announced that talks about the issue would begin after a trip to Pyongyang earlier this month.

Pompeo also said that Sunday "both sides agreed to re-commence field operations ... to search for the estimated 5,300 Americans who never returned home."