US and Mexico Contributing Billions In Effort To Curb Migration 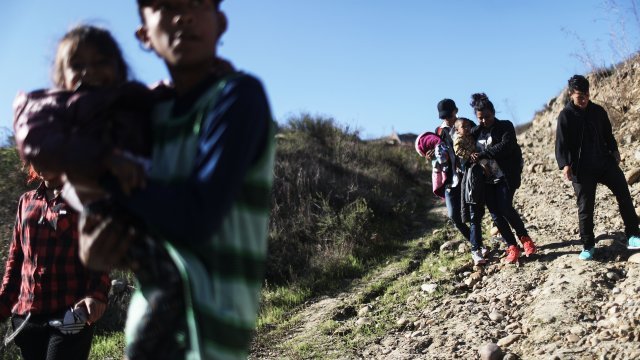 SMS
US and Mexico Contributing Billions In Effort To Curb Migration
By Nnamdi Egwuonwu
By Nnamdi Egwuonwu
December 18, 2018
The two countries will commit a combined total of roughly $35 billion to reduce migration from Central America.
SHOW TRANSCRIPT

The U.S. State Department announced an aid program on Tuesday between the United States and Mexico. The partnership plans to stifle the “challenges of migration, narcotics trafficking” and the activities of criminal organizations throughout Central America.

Mexico plans to contribute $25 billion over the next five years and the U.S. will give $10.6 billion in investments. About $4.5 billion of the U.S.' investments will come from new loans and the rest will be distributed from existing aid programs.

Aid from the two countries will go towards developing and promoting economic growth across southern Mexico and Central America.

The State Department also says a business summit between Mexico and the United States will be held in the first quarter of 2019 in an effort to create more investment opportunities south of the U.S.' border.

Mexico’s foreign minister says “the announcement reflects the importance that both countries grant to [their] bilateral relationship.”